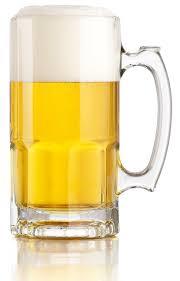 Beer and Religion in Country Music  by Ian McDonald

It seems in Country music that God, Religion and Beer go together like cake and ice cream.  There is a recurring theme in country music and it is Religion.  Some songs tackle the subject in an inspirational way, some as the theme in a story, and some in a light hearted, friendly way that view the Lord as one of the guys or a protector of the common man.  And that’s what I will explore today.

Billy Currington has a song called ‘People Are Crazy’.  It’s about two strangers in a bar, the singer and an old man, drinking and talking about politics, girls and bad habits they haven’t kicked.  Then they talked about God’s grace and all the Hell they raised, then the old man makes a toast, “God is great, beer is good, and people are crazy”.  The song carries on in similar fashion and the two shut the bar down, never seeing each other again.  Then one day the old man is pictured on a magazine, an obituary for a wealthy old man who had been the singer’s drinking buddy that one night, and heir to the old man’s entire fortune.  Completely impossible, perhaps, but it is also about those moments when you find a complete connection with a total stranger.  It’s happened to me before, except they are probably still alive and broke.

Mark Chesnutt is next with ‘The Lord Loves a Drinkin’ Man’.  If anything, this song is the last hope of salvation for alcoholics.  “I’ve been baptized in beer, I’m here to testify, I was speaking in tongues when I came home last night” -  yep, sounds like a drinking problem to me.  He goes on to say how some folks say he’s living in sin, but he knows the Lord loves a drinking man.  Really, I think it’s a song about forgiveness.  Even though his Preacher, mother and father tell him he’s on the wrong road, he has hope of forgiveness and makes a promise to his mother to see her up in Heaven.  Leaving the listener to hope he’s on the right path to be a “honky-tonk angel”.  Similar to Miranda Lambert in ‘Heart Like Mine’ who sings “Cuz I heard Jesus, he drinks wine and I bet we’d get along just fine.  He can calm a storm and heal the blind and I bet he’d understand a heart like mine.”  So even though Miranda sees herself as a less than perfect person she still has hope of love and forgiveness.

Finally let’s have a look at ‘Beer with Jesus’ by Thomas Rhett.  A song that Rolling Stone magazine described as, ”Intensely earnest in its depiction of a barroom heart-to-heart with the Christian Saviour”.  It’s probably the greatest what if song ever.  You get a chance to sit down for a one on one chat with Jesus.  What do you say? That’s a good one.  There are so many possibilities.  In the song there are a few suggestions; How did you turn the other cheek, what happens when life ends, when are you coming back again, is Heaven really just beyond the stars, what’s it like on the other side and is mom and daddy alright (tell’em I said “hi”).  It’s a nice, soft, reflective song that gives you a chance to think about some pretty interesting topics.