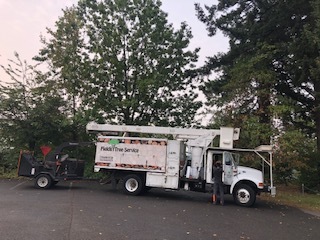 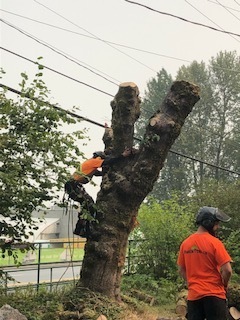 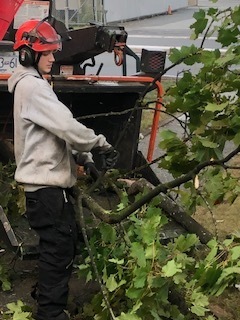 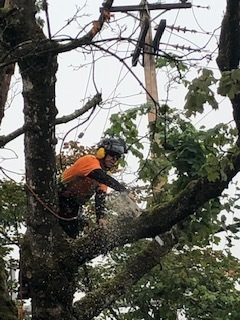 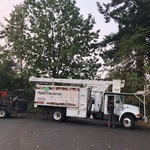 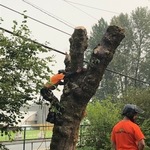 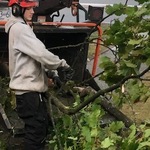 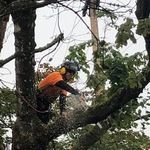 Well, the Norway maple, which for so many years has stood to the north of the church, has gone. Not all of it, as you will see from the pictures. A substantial stump has been left and there are already some new shoots appearing.

It was fascinating to watch. First, a great big truck pulled into the parking lot. After that was the 'chipping' truck which was carefully backed over the ditch with the business end pointed toward the tree.

Up went the faller, securing safety lines. Then the roar of chainsaws and the old tree's limbs came down, section at a time. How well they managed it! As Sheila said "they've done this before!" Ropes and pulleys guided the falling branches away from the church. They were hauled to the chipping machine and in an ear-shattering shriek, were converted into sawdust.

At the end there were just piles of firewood which Brenda helped to haul away. Eileen spoke to the logger--"your mother must worry about you!" He grinned and said she did!

So now we really don't have to worry about winter storms.