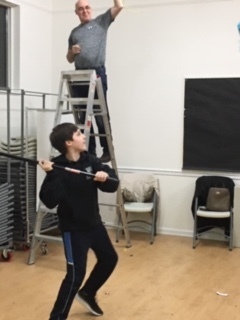 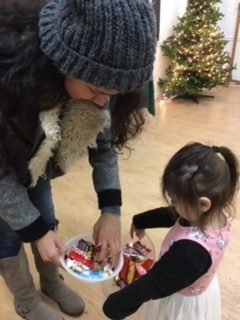 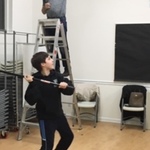 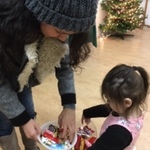 A merry group of parishioners gathered in the parish hall on Friday, December 20th for a "Posada" which, Conny explained, was a Mexican party. After a quick grace, we headed to the buffet table and loaded up with ham and turkey with the trimmings, salads and scalloped potatoes. Washing it down with strong tea gave us strength to stagger to the dessert table where, among other delights, was Conny's tres leches cake. Oh....what can I say? It was utterly delicious.

After dinner a space was cleared so that the pinata could be strung up. What fun as everyone had a whack at it. (some of us with a lot less skill than the children!) When they finally broke and scattered candies, it was hilariously funny to watch the little ones go for the goodies!